Fighting for a fairer workplace

On 20 April 2018, Turner Freeman Lawyers proudly attended the AMWU’s annual delegates forum. The forum was an opportunity for delegates from all over NSW to gather and discuss ideas on how to continue the fight for a fairer workplace.

The forum provided an opportunity for the delegates to be addressed by the AMWU’s National Secretary, Mr Paul Bastian and NSW State Secretary Mr Steven Murphy on issues crucial to the Union and its representation of members in 2018.

Also in attendance was Rita Mallia, the NSW State President of the CFMEU, who spoke extensively on the longstanding relationship between the CFMEU and the AMWU.

A number of solicitors from our Parramatta office were present throughout the day, including partners Fady Dous and Richard Dababneh. Richard was asked to address the delegates and provided general information about the rights and entitlements conferred upon workers by the Workers Compensation Act 1987 (NSW). Richard also responded to questions from delegates regarding the status of “travel” claims in NSW and the benefit of being an AMWU member in this regard. 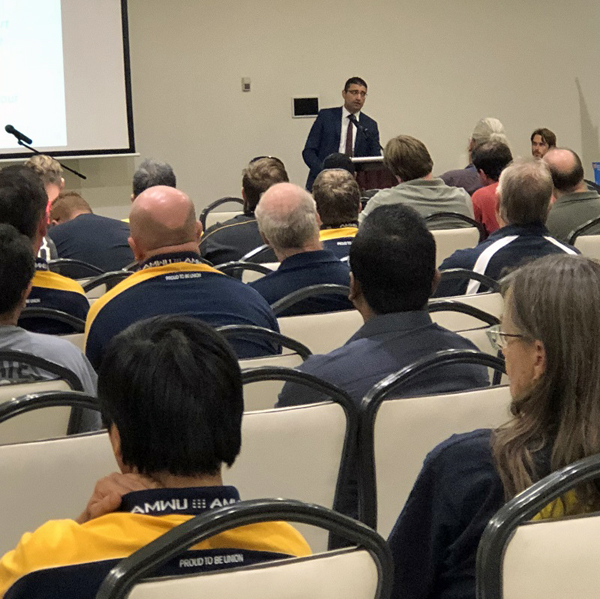 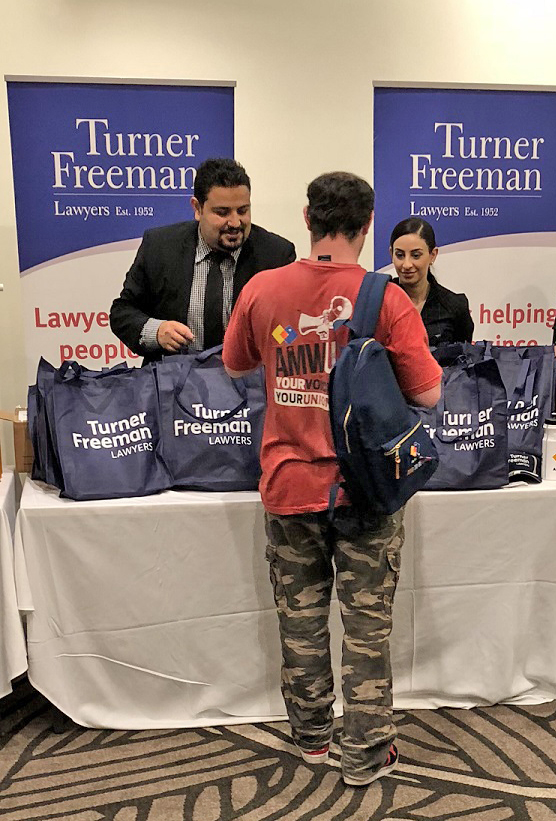