This year, the grand final was held at the Toowoomba campus as part of the university’s Open Day.

The two finalist teams this year were Downlands College and St Joseph’s College in Toowoomba. Both teams performed exceptionally well, prepared and presented their arguments to the moot judges effectively and their knowledge of law was outstanding. However there could only be one winner.

Congratulations to Downlands College mooting team for winning this year’s grand final. Each advocate from the winning team received a full-year scholarship to study law at USQ as well as the Turner Freeman Prize. The runner-up team each received a half-year law scholarship. 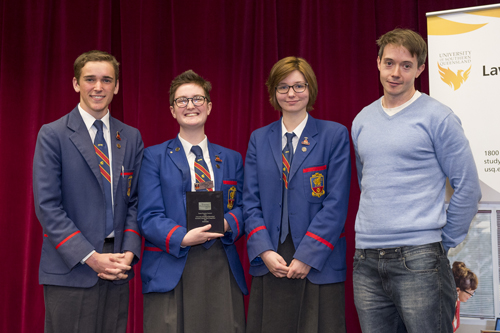