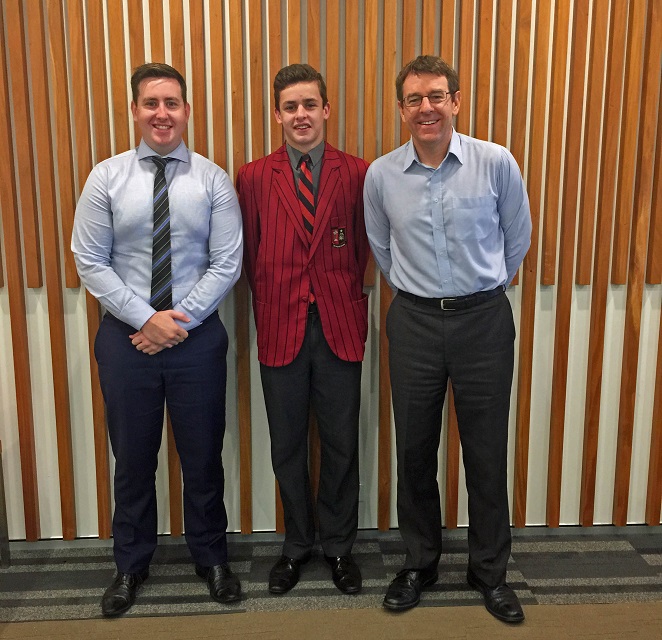 Patrick Cross has been selected as one of only 2 delegates from Queensland to represent Australia as a member of the Australian Delegation to The 47th Hague International Model United Nations (THIMUN) Conference in Netherland.

THIMUN is the largest Model United Nations in the world, attracting over 4,000 students from over 90 different countries.

As part of this experience, in January 2015, Patrick will visit nine cities in seven countries throughout Europe as well as organisations such as the UN, CD and EU.

At the conference itself, he will apply his knowledge and debating skills in diplomacy, negotiation and consensus-building in representing a foreign member state of the United Nation.

Patrick is a Year 11 student from St Joseph’s College whose goal is to study International Relations after completing high school.

“THIMUN provides me the opportunity to speak about issues of international concern on a global stage and engage with some of the world’s brightest young minds.” says Patrick.

“There is an ever-increasing need for global citizens and skilled leaders equipped with diplomatic skills and a global perspective – the THIMUN conference provides the perfect opportunity for our delegation to prepare ourselves as future leaders in our communities.”

“Having a resolution you have written or contributed to be presented before the Secretary General of the United Nation itself is something I never imagined happening.”

Turner Freeman Lawyers is proud to be sponsoring Patrick and allowing him to fulfil his dreams of attending this prestigious conference.