The Wanderers entered round 27 of the A-league backed by strong momentum from their dominant performance against the Brisbane Roar in the previous week at ANZ Stadium. The promising form displayed in their 3-0 win over Brisbane was sure to guarantee an exciting game of football in the all important must win clash against Adelaide United for a spot in the final 6.

An army of Wanderers faithfuls flocked to the ANZ stadium on 15 April 2018 to cheer on their team as they braved the most important game of the season against a travelling Adelaide side. The 90 minutes struggle was action packed. The first half finished two goals apiece with Riera and Carrusca finding the back of the net for the Wanderers. Both teams came out firing in the second half as the fans watched on, hanging onto the edge of their seats. The Wanderers played their football with passion and generated opportunities with promising midfield play. The referee remained stringent on discipline as both teams, like the goal tally, received two yellow cards each. Baccus was sent off in the 62th minute. A 10-man Wanderers side fought on gallantly, however it was just not meant to be. Disaster struck in the 80th minute as Kitto’s goal sealed Adelaide United’s place in the top six. The game finished 2 – 3 to Adelaide United. The Wanderers season is now at an end.

Despite this outcome, the spirit of the day was not all lost. As always, a group of committed supporters from Turner Freeman attended the game along with our young soccer stars from the Canterbury Football Association. Turner Freeman was able to help a few lucky young players find their way through the Wanderers’ tunnel to meet Turner Freeman’s player ambassador and Captain, Mark Bridge, for a post game debrief, a few autographs and handshakes. Turner Freeman Partners Richard Dababneh from our Parramatta office, and Nathan Edwards Bonello from our Campbelltown Office, also attended the game with a number of our client referrers who continue to loyally support our firm.

Although the season has unfortunately ended, it is safe to say that with their skills, talents, the most committed fans in the A-League as well as that unrelenting never-say-never Western Sydney passion, the future of the Wanderers is bright. We thank Mark, his team and the Western Sydney Wanderers’ management for their ongoing Partnership with Turner Freeman and their support of the Western Sydney community. Turner Freeman is proud to have joined Mark and the Wanderers in giving back to the community through various initiatives and our continued involvement with the Wanderers serves as a reminder that community lies at the very heart of both brands. We wish the Wanderers’ all the best in the off season and look forward to an exciting 2019. 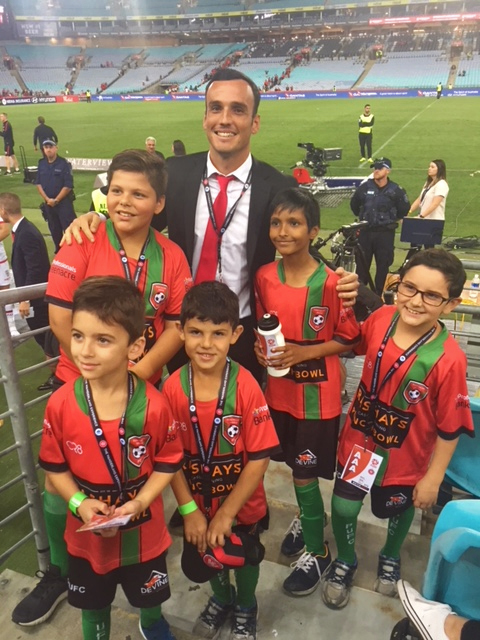 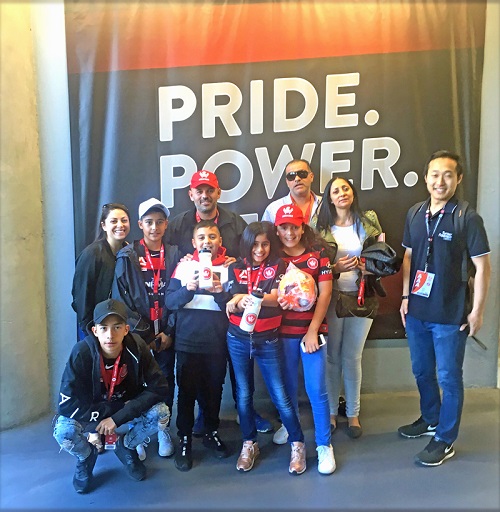 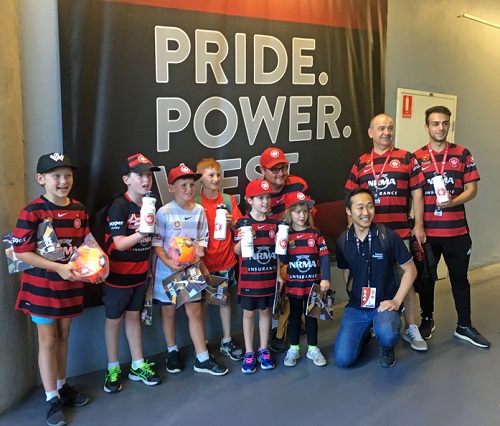