Asbestos manufacturers may now have to run public awareness campaigns to educate the public on the dangers of asbestos during home renovations, after the High Court rejected an application for special leave to appeal in Werfel v. Amaca Pty Limited (formerly James Hardie & Coy Pty Limited).

Turner Freeman Lawyers Partner Annie Hoffman has run successful litigation against James Hardie for Adelaide man Mathew Werfel right up to the High Court, and said today that she was relieved that her client’s courtroom odyssey for justice was finally over.

“Now that the companies final avenue of appeal has been quashed, the significance of the original decision in favour of my client will resonate and potentially influence proceedings in a judicial context quite widely.”

“But Australia will also now be a safer place, with the court upholding that the reasonable response of James Hardie in this case is to make the public aware of the dangers of its products which remain out in the community.”

“Given the ongoing popularity of DIY home renovations, only accelerated by Covid restrictions, improved public awareness about the danger of asbestos in the home will save lives.”

The original decision in December 2020 by the full court of the Supreme Court of South Australia rejected an appeal by James Hardie against a precedent-setting asbestos compensation claim, unanimously finding that the company owed the public a duty of care to warn them of the risks posed by in-situ asbestos cement products.

Turner Freeman Lawyers ran the case for 44-year-old Adelaide father-of-three Mathew Werfel and the decision potentially opened up compensation claims for people who contract mesothelioma due to home renovations.

Mr Werfel was exposed to asbestos while working for a fencing contractor after leaving school and during home renovations, including when he sanded and painted the eaves of his first home, which he didn’t realise were constructed from asbestos cement sheets.

Mr Werfel said today that he was relieved that court proceedings had concluded.

“This has been a long journey and I want to thank my family for staying the course with me. Justice has finally been achieved and I fought this fight for my family and for future asbestos sufferers, so their legal situation will be improved.”

Today’s High Court rejection of James Hardies application for special leave to appeal will finally force James Hardie to undertake the extensive public health campaign needed to ensure all Australians are aware of the risks posed by asbestos products.

James Hardie’s legal liability has now been confirmed to be beyond the products they sold to end users and to extend to all those who may come into contact with those products in future, including those who are still being exposed during home renovations.

“The Full Court confirmed that James Hardie had a duty of care to the public to warn them of the ongoing risks posed by their asbestos products, and remains legally liable for the lives these products continue to destroy,” Annie Hoffman said.

“This decision sets a precedent for any person who contracts mesothelioma due to drilling, sanding, cutting or handling James Hardie asbestos cement in their homes.” 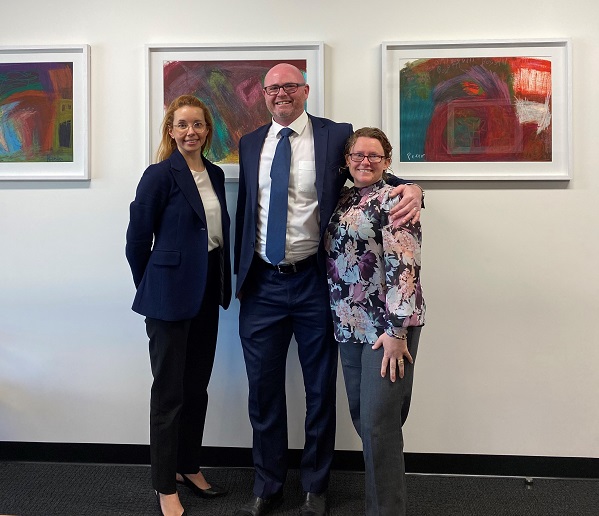