We are “No Win No Fee” compensation and personal injury lawyers servicing the Gold Coast area. Contact our Gold Coast office today for expert legal advice.

Turner Freeman Lawyers in Gold Coast specialise in all types of compensation claims.

If you have suffered an injury, loss or damage as a result of an accident on the road, at work or a public place you may be entitled to compensation.

Our compensation law services include:

Our other area of law

Turner Freeman Lawyers understands the pressures that an injury or illness places on you and your family. We will help you get the best results possible.

Getting to our office 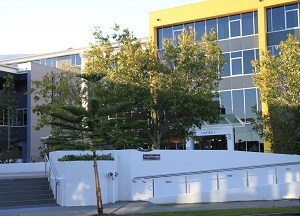 We offer our clients access to our secure undercover parking spaces.

Our Varsity Lakes office is open from 8:30 am to 5 pm Monday to Friday. Walk ins are also welcome.

Turner Freeman Lawyers have compensation and personal injury specialist who have served from Coomera to Coolangatta. Our Personal Injury Lawyers are ready to help you if you live on the Gold Coast or surrounding areas such as:

how we can help

At Turner Freeman Lawyers Gold Coast, we care deeply and are motivated by obtaining the best possible outcome for our clients in their matter, regardless of how challenging. Let us take on your challenge as ours.

We can offer the following legal services in and around the Gold Coast area:

If you have been diagnosed with asbestos disease you may be entitled to claim compensation. We can help.

If you have been injured in a car or motor vehicle accident you may be entitled to claim compensation.

If you have sustained an injury at work you may be entitled to claim compensation. Get in touch with us today.

If you have been diagnosed with silicosis, lung cancer or any other silica related disease or condition, you may have a claim for compensation.

If you are injured as a result of treatment, or the lack of treatment provided by a medical doctor or other health care provider, you may have a claim.

If you have been diagnosed with skin disease you may be entitled to claim compensation.

If you have suffered an injury in a public place you may be entitled to compensation.

If you unable to work due to injury or illness you may be able to access your Superannuation early.

Whether you are making or disputing a Will, or if you are the executor of a Will that is being challenged, we can assist you.

Read more
For a full list of our legal services and our No Win No Fee policy, please visit www.turnerfreeman.com.au
meet the team

Thanking you and your staff for the professional manner in which you handled my claim. We appreciate how quickly this has been resolved which has taken a load off my mind!

Recently I engaged Turner Freeman lawyers to fight a case for me against an employer from years gone by because I had worked with asbestos whilst in their employ, and consequently developed a type of lung cancer. The lawyer acting on my behalf was Ciaran Ehrich. I found him to be a down to earth fellow whom I could speak to man to man.

I could phone him or see him in person when it suited me which was handy because of my hearing disability. We got on well ( even showed me a photo of his new family addition on his phone ). More importantly, when we discussed my case, he predicted it would be settled in my favour for an approximate amount of money and in an approximate time frame. He was absolutely spot on.

I have no hesitation in recommending Ciaran as your acting lawyer in any compensation action.

Thank you so much to Ciaran and all the staff for getting us such a positive result with our claim, we appreciate it very very much.

“You’re superb at your job and I was very grateful to have been assigned someone so diligent and professional. Initially I had no intension of going through any of this process as I thought it would all be hugely complex, highly confusing and very labourious. You and the team made everything very simple and very fast. I always felt completely in the loop and abreast of everything that was going on. What’s more you even achieved a result beyond my expectations and in a time scale far shorter than I had anticipated.  I’m sure you have some difficult days at work sometimes but just know that I’m someone who you’ve really helped through a difficult time and your hard work and great manner has helped me through a tough time.”

Dear Ciaran, we are 100% satisfied with your professional expertise. From day 1, you were professional, friendly, accurate and punctual. The claim took time to complete as expected, and during this time you kept us very well informed of the progress of our claim.  If I added any further comments I would simply be repeating myself because of your high level of competence. I cannot give you any higher praise.

“I would like to thank you for all you did for me in reference to my claim. The firm Turner Freeman, you and your staff kept me informed of the progress of the claim in which I felt very secure in what was happening. Thank you all very much.”

A big thank you to Turner Freeman compensation lawyers! Emma handled my claim and I must say how brilliant she was! So professional, friendly and respectful of my wishes through the whole process. She always took her time to explain everything to me step by step. She went above and beyond and secured a settlement well above what was expected, which has in turn helped me greatly. I don’t think I would have had the same exceptional service nor outcome had I gone elsewhere. Again thank you to Emma and the staff at Turner Freeman compensation you really are a great team!

Hi Ciaran, I am writing to express my appreciation to yourself and to your staff for the successful handling of my claim. As you know, […] the situation was quite stressful at times, and was lengthy, I knew my claim was in the best hands.

“Having had a case handled by Ciaran Ehrich and Jacqueline Westcott, I must say I am extremely happy with the outcome and the way that all information was relayed to us and the professional manner in which all dealings were conducted. I would recommend Turner Freeman without any reservations.”

We were recommended to you via a friend. We have not been disappointed. In fact, we are more than happy with the courteous and prompt attention received. We are pleased to recommend your services to anyone in need of same.

Our sincere thanks for all your care.

“We would like to take this opportunity to thank you for all the help you have given us.”

Congratulations to Ciaran Ehrich, Partner of Turner Freeman, and his legal team for the no stress, positive manner that you handled my no win no fee claim, securing a recommended compensation outcome plus legal fees out of court leaving the case open for any future complications. Thank you for also helping set up support from Icare Dust Disease Care in the form of a pension, at home carer and medical fees.  We are very grateful to Ciaran and his office staff for the outcome of my case and. I highly recommend his legal team.

Thanks so much you guys were amazing. We are so grateful for the great work you have done for us.

To Ciaran and staff,

For all the help you gave me, after I lost my partner. I didn’t know I was entitled to anything but you have made my life a lot easier.

Need help to get to our Gold Coast office?

Unable to come to us? We also offer home and hospital visits if you are unable to meet us in any of our offices.

How is Turner Freeman different?

No Win, No Fee

You will never be out of pocket. You do not have to pay unless we win your case. If we don’t win, you don’t have to pay us a cent.

We will provide you with a free assessment of your potential claim. You are not obligated to retain us after your free case assessment.

It’s vital that you get the process moving as quickly as possible, because there are time constraints on making claims.